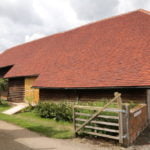 In 2017, the barn and about 30 acres of the surrounding land were purchased by the Whittle family and restored into the farmhouse curtilage and demesne. The barn has been repaired and refurbished.  The land beyond the immediate garden plot is to be maintained as a sanctuary for wildlife – hungry members of which frequently […] 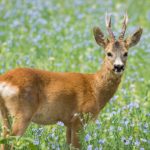 Joy reports that as May 2020 – “A healthy population of native coarse fish ( including pike and roach) have been identified in the top lake. We have also noted a small hatch of mayflies which suggests a very healthy marine ecosystem. We want to encourage this population of mayfly as they have been significantly […] 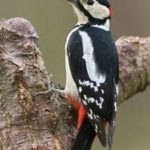 Since taking ownership in 2004 Joy and Akeel have added to the property and recently acquired 100 acres around the house.  This consolidates Peatmoor Wood with land between Pyrford Road, the Wey Navigation Canal and the Pyrford Marina up as far as Dodd’s Bridge.  Both Joy and Akeel have a passion for nature and plan to […]

It appears that the ‘The Old House’ was originally Lees Farm and the first record goes back to the 12th century when Roger de Leghe was recorded in the area.  Originally a single roomed ‘Hall House’ circa 1450-1560.  Alterations and extensions were frequent and blended succeeding fashions.  Thus, a Tudor fireplace blends with Jacobean panelling and […] 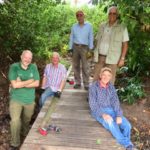 Pyrford is criss-crossed by a plethora of footpaths that many residents enjoy on a regular basis.  Their upkeep is the responsibility of Surrey County Council and fixing things when they get broke can be a lot of fun.  A group of 5 Forum members helped our Footpath Officer, last November by repairing a bridge on […]

We have a Flickr site where you can view photos of our Village and the surrounding areas. You can even upload your own photos.

We would like you to upload photos that characterise the village and the things you like about Pyrford - views and buildings, etc. So follow the link here and get clicking!

Church of The Good Shepherd

B, WB, and Pyrford Residents Association